April 3 - Weed Out Hate: Sow the Seeds of Greatness Day 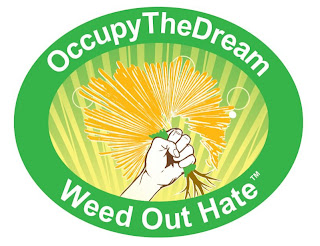 Today we celebrate "Weed Out Hate: Sow the Seeds of Greatness" day! A day to put our petty differences aside, and encourage tolerance, respect, and love.

For more information about this day, check out this site: http://www.weedouthate.org/documents/aboutus.html

- A Hawaiian surfer rose a 50-foot tidal wave in 1868
- Margaret Angling, Canadian actress, was born in the Speaker's Chambers of the House of Parliament in Ottawa in 1876
- A wooden block alarm was invented in 1882; when the alarm rang, it dropped 20 wood blocks
- British suffragette Emily Pankhurts was sentenced to 3 years in jail in 1913
- Dame Emma Albani, the first Canadian-born artist to distinguish herself in the international world of opera, died in London, England in 1930
- The Ear of Athlone became the second member of the British royal family to be appointed Governor General of Canada
- The American Civil Liberties Union announced it would defend Allen Ginsberg's book "Howl" against obscenity charged in 1955
- Bobby Orr of the Boston Bruins became the first defenceman to win the NHL scoring title in 1970
- Mario Lemieux won the NHL scoring title in 1988, stopping Gretzky's 7-year streak
- Australia formally adopted the United Nations Declaration on the Rights of Indigenous Peoples in 2009

Stay tuned for our next, "On This Day in History"!
Posted by Sylvan Lake Municipal Library at 10:20 PM